How to register and start playing?

In order to participate in the game you have to contact a third party, so-called agent/affiliate, that will be responsible for setting up your account and providing you with a poker room tailored to your needs. One possibility to come across names of the parties that you can contact would be consulting the website www.donkhunter.com.

Has online poker evolved over the past decade? Yes, definitely it has.

When we are talking about the beginnings of poker, without a doubt we need to go back to 2004. At that time, on the poker market appeared well-known Full Tilt Poker. The poker room was launched just three years after PokerStars’ inception. The most famous names such as Raymond Bitar, Chris Ferguson, Howard Lederer, Mike Matusow were involved in opening Full Tilt Poker. After United States legislation regulating online gambling (The Unlawful Internet Gambling Enforcement Act of 2006) Full Tilt Poker became the second largest online poker room and thereby the direct competitor of PokerStars.

Thanks to Full Tilt Poker, the first time in history players had a chance to try a new poker game called rush poker – a fast-fold poker variant that gained popularity among poker players and nowadays is recognized by every online poker player.

However, despite many positive reviews, Full Tilt Poker collapsed in 2011 and at the end of 2012 was acquired by another poker room- 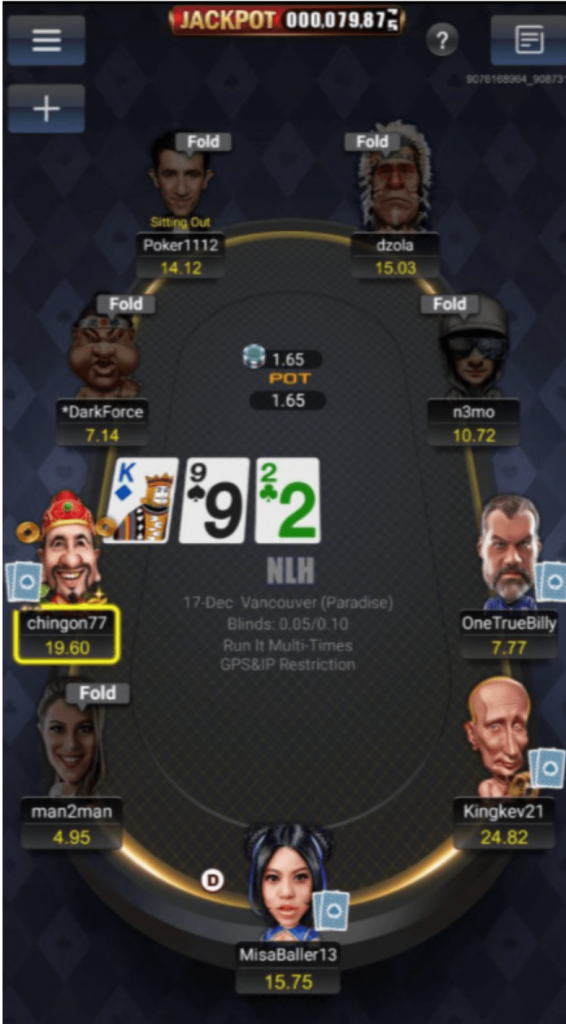 PokerStars. After this, Full Tilt Poker continued their activities for a few more years but it is worth to mention that traffic was not even close to pre-2011.

In 2015 online poker room FTP removed table selection and introduced a loyalty program but these changes did not help to go back on the top. Still, that very moment changed how loyalty programs function in the poker industry.

In 2016, FS and FTP were consolidated. In the following years the operator focused more attention on PokerStars brand which led to closure of Full Tilt Poker. There is no doubt that this move changed the online poker industry and made PokerStars the giant of online poker.

From year to year PokerStars attracted more and more recreational players, which was a great opportunity for true grinders to increase their win rate.

Few years passed by and winnings, and therefore satisfaction of folks that have been playing on PokerStars started to decline. The reason behind this was clear- people were sick to the back of their teeth competing solely against regular players or so-called regs. They wanted to break free. An important breakthrough finally arrived when Chinese poker apps came to the aid of players.

You should know that all Asian poker apps are designed for mobile devices but it doesn’t mean that you are able to play only from your phone or tablet. The online poker market provides many android emulators allowing playing Chinese apps from your PC or Mac. These days, Chinese apps are very well liked due to soft app structure, simple interface and many useful features. Nevertheless, when poker apps were less popular playing on Chinese apps involved risks. Some players discovered weak spots of poker apps and abused them which led to the scams. The fact that it was a very unregulated market helped them to avoid  penalties. After introducing many changes in the security area, Chinese apps wanted to recover trust and many operators decided to introduce KYC (Know your customer). It allowed steering away scammers from many Chinese apps and at the same time, it provides protection for recreational players. If you are wondering whether Chinese apps are worth your attention, you should be aware that at the present time many poker agents try hard to take care of your security. And most importantly – they succeed.

It goes without saying that their design has evolved and resembles some top poker rooms software while still remaining a mobile application that is run on a phone with the help of an emulator. To help you visualize the differences we have found an old version and compared it with the newest one, here are our findings:

How to register and start playing?

To initiate participation in the game you have to contact a third party, so-called agent/affiliate, that will be responsible for setting up your account and providing you with a poker room tailored to your needs. One possibility to come across names of the parties that you can contact would be consulting the website www.donkhunter.com.

Donkhunter has been a poker affiliate since 2015 and they provide many lucrative poker rakeback deals to players from all over the world. In their offer, you will find over 80 poker rooms from various corners of the world like Asia or South and North America. The team of donkhunter.com also provides advice and helps every player to solve any poker related issues.

4 Poker Player Styles to Watch Out ...